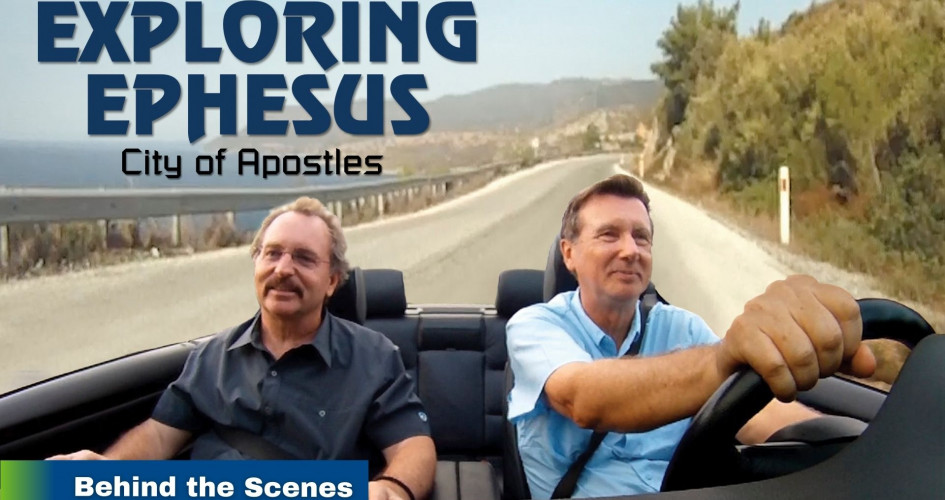 A Trip to Ephesus

The Other Holy Land

Most people think of the Holy Land exclusively as the land of Israel but, Asia Minor (Modern Turkey) is really the focus of much of the New Testament. Two thirds of the NT was written to or from Asia Minor and most of Paul’s missionary journeys were in Asia Minor. It is also the location of the seven churches referred to in the Book of Revelation. That’s why Turkey is sometimes referred to as “The other holy land.”

We started in the modern city of Izmir, a city on the Aegean Sea that evolved from the ancient city of Smyrna. It is a beautiful and vibrant city with great views of the sea and surrounding hills. Turkey is a Muslim country but, in many ways, Izmir looked and felt western, like I was not too far from home. We even got our coffee from the local Starbucks. However, there is also a mix of traditional and modern culture. On the streets you will find people in traditional dress, including women fully covered in black burkas, walking along side people wearing the latest western fashions. There were many, many mosques, but also all the things you would expect to see in a western city, like the Starbucks we got our coffee from.

Before leaving the city, one of the locations we shot at was a traditional bazaar or open-air marketplace. Here, it felt much more like what I had imagined the Middle East to feel like, leaving that western feeling behind. There are some great shots in the film of the hustle and bustle and color of the market!

From Izmir we drove down the coast toward Ephesus, the hosts in one car and the crew in a van. Along the way we stopped several times to set up shots, get shots of the car traveling down the scenic coast, or even placing go-pro cameras on the car the hosts were driving.

Eventually we got to the archeological site of Ephesus. I was amazed at how well preserved it was. I had expected a lot of tumbled down columns, and that was true to some extent, but parts of Ephesus had been partially reconstructed using the stones of the original buildings.  At times it almost felt like a living city, especially with the throngs of tourists walking its streets.

Standing on ground where the Apostle Paul and John had walked was inspiring.  Unfortunately, the shooting schedule did not allow for much time to deeply contemplate my surroundings. We had to keep moving from set up to set up so we could get all the shots we needed, with the hosts describing and explaining what we were seeing as we went.

The Terrace Houses – For me, the site that made the most meaningful impression was the terrace houses where the house of Pricilla and Aquila, supporters of Paul who are mentioned in Acts, would have lived. The church in Ephesus was really a number of small house churches. It was an incredible experience to see where first century Christians worshipped.

The Cave-Church -There is a cave on a hillside above the city where believers also met for church. There is a painting of Paul on the wall of the cave, which is the oldest known portrait of him. Christians had held church here and you could still feel their presence in the atmosphere there.

The Stadium – Acts 19 describes a riot by the city’s silversmiths. They were furious that their business of selling pagan idol figurines was deteriorating due to the impact of the Gospel on the community. The riot spread to the stadium, most of which is still standing. In the stadium today, one can easily imagine the hysterical scene where Paul might have been killed, if not for God’s grace. This is a reminder that the Gospel has always been disruptive to the destructive elements in culture, including economic culture like the silversmiths’ business.

The Isle of Patmos – We took a four-hour boat ride to an island off the coast of Turkey. The Patmos island is actually under Greek control. Now, it is far too beautiful to be a place of exile. Yet, without the modern tourism and vacation houses, I could imagine the barren desolation and isolation this place could offer. The cave where it is believed that John received his revelation is off limits to cameras and we only had time to get a brief glimpse of it but thinking about what transpired here, where I was currently standing, was strange and yet, very inspiring.

Apostle John’s Gravesite – John spent the end of his life in Ephesus, after returning from his exile on Patmos. There is good evidence that this is his actual gravesite. In this place, I felt especially close to the reality of the apostles and what they did here. 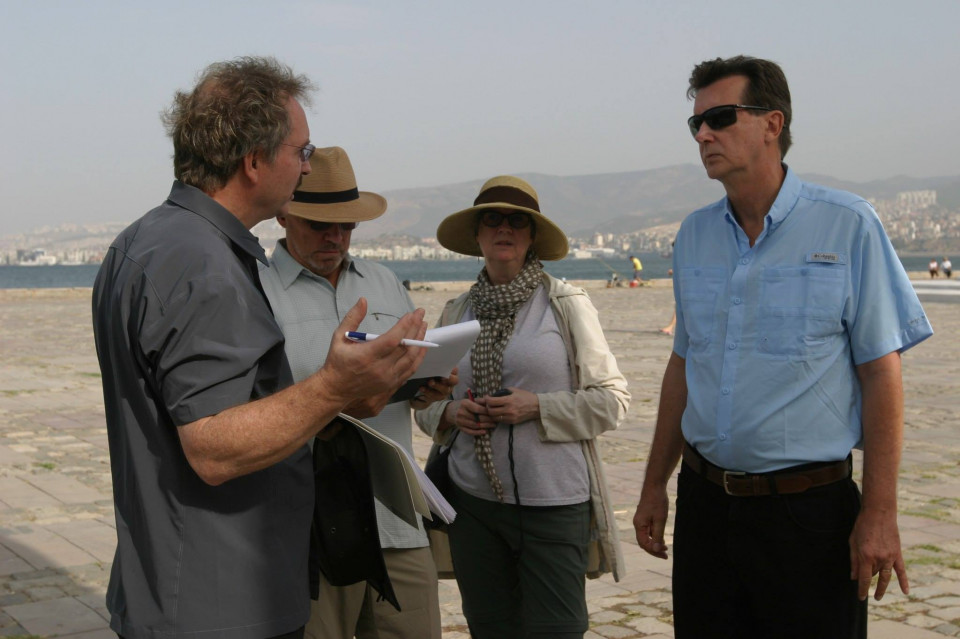 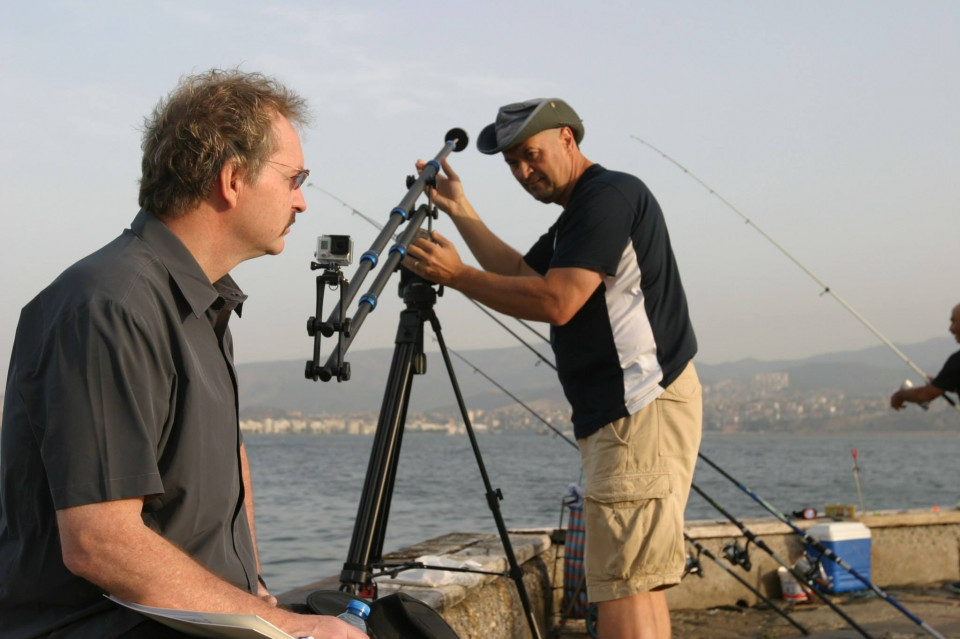 Director of Photography, Bill Hobson sets up a shot of host, Andy Jackson during the Exploring Ephesus shoot in Izmir, Turkey. 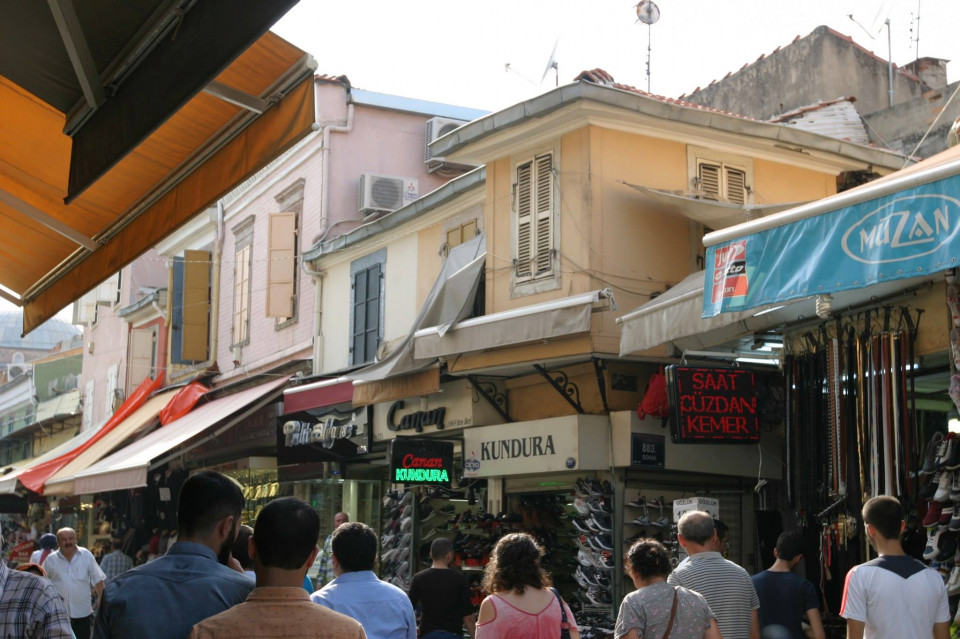 Crowds shopping near one of Izmir’s traditional shopping bazaars.

The film crew shooting a scene with hosts, Mark Wilson and Andy Jackson in Ephesus.