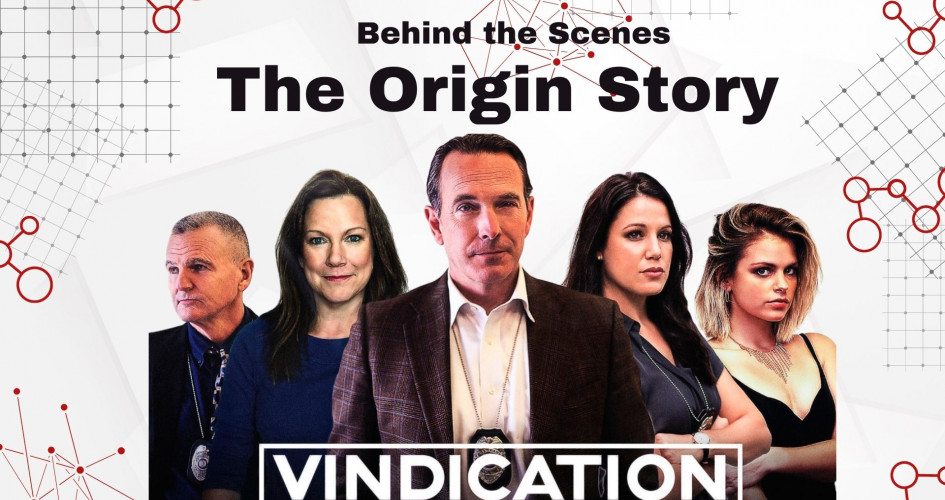 Vindication is a well-loved detective crime series rich in Christian truth and values. From its beginning, the making of Vindication has been a faith journey. But how did the series come about?

The Seed of an Idea

The story starts years before Vindication’s first episode. Several years ago, Bill Curtis and Bill Carroll from our RedeemTV team attended the Churches Making Movies Film Festival in New Jersey, where they saw a film called My Son (watch now on RedeemTV). Although it was the director’s first feature film and done on a very low budget with the help of volunteers from his church, they immediately saw the filmmaker’s incredible talent and vision.

Several years later, Bill Carroll ran across Jarod O’Flaherty’s next short film, a Christian crime drama called Vindication. The relationship was rekindled, and Jarod agreed to license the film to Vision Video (RedeemTV's parent organization). We sublicensed the film to Pure Flix, and our contact there asked if Vindication was a series or just a one-off.

This sparked our imagination—it seemed like a natural opportunity for a series. We commissioned Jarod to do a second episode which was all we could financially commit to at that point. The episode turned out even better than the first. We knew Vindication had potential for a full series—but how to fund it?

It is clear that from the start, God has done everything. He provided the funding to cover production costs and worked through every detail.

We tried multiple ways to proceed with funding a full series. We attempted to get Pure Flix to fund a full season. We tried to sell the idea to streaming sites and even major TV networks. Yet every option eventually faltered. Some of the people we spoke with could see the quality and potential, but for some reason or other we always met with dead ends.

Finally, we decided to fund the series ourselves—which was a crazy thing to do without a buyer! But we felt it would be worth it—we believed in the idea of the series and its potential to have a great impact on audiences. So, the adventure of Season 1 began.

With the help of Retta Vision Productions (Jarod’s home church), we produced the series one or two episodes at a time, always unsure if we could continue or if we would find a streaming service or network that would be willing to pay to air it.

We took it to film festivals, and it won multiple awards. It received a great response and word started to spread about it, especially through the enthusiasm of its cast and crew. The trailer received thousands of views on YouTube.

As we completed more episodes, interest began growing among Christian television networks in the USA and around the world. ACC (Australian Christian Channel) had jumped on board months earlier, but now there was increasing interest among other streaming services and broadcasters. In August 2019, we released the series via Amazon Prime, Pure Flix, and other streaming services.

All the way through it has been an adventure of faith. We continued forward with the series without knowing if it would become financially successful or attract the audience it deserves, yet God has continually provided the funds, means, and ability to produce the series. We are thankful for its continual impact on viewers!

Watch all of Season 1 for free on RedeemTV